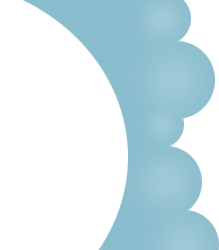 Teachers
Get to know us

Kids Garden bases its Swedish–English profile on scientific facts and experience which shows that the preschool child is particularly receptive to languages and that multilingual exposure is beneficial for the child´s cognitive ability.

Several studies confirm that the preschool years are a period in life when an incredible development of the brain takes place. The child is then particularly receptive to languages and logical thinking. These years lay the foundation for further learning when the brain is plastic and develops fast. The child's receptivity and the motivation to learn are also high (Eriksen Hagtvet 2004). Brain researchers confirm the importance of language stimulation at this early period in the child's life. The flow of energy to the brain (the learning ability) is then at its peak, which indicates that it has a great capacity for learning. Efforts in stimulating the brain is therefore of greater benefit in early childhood than at any other time later in life.

Multilingual ability increases verbal cognition which in its turn favours ease in acquiring knowledge of several languages. Speaking several languages teaches the child to express themselves in in a variety of ways. This in turn stimulates symbolic and abstract thinking.

"Children learn to express themselves through multilingual knowledge in other areas of symbolic and abstract thought." -Vygoskij, 1999

Lindberg (2002) explains that the accumulation of knowledge has mutual benefits on the first and second language that are beneficial in fostering further development. The child can figure out and explain new ways to tackle the same problem.

Kids Garden uses different methods in its pedagogy: e.g. the Bornholm and the Montessori ways for linguistic development in English. The child learns nursery rhymes in English. At Kids Garden we use the word recognition method. The children learn to recognise the word-picture of ordinary words in the nearby environment, to recognise long and short words etc.

We can send more information on request.